About Our Security Company Birmingham

For those interested in securing your premises and protecting yourself against thieves and potential vandals, then contact our Security Company Birmingham today. Region Security Guarding is based near the City of Birmingham but we offer our security services nationwide and we understand businesses requirements when it comes to crime, theft and burglary. We offer security for all types of businesses in Birmingham and will offer you the best advice to protect your property with a unique cost-effective solution.

In the city centre of Birmingham alone, there are around 630 crimes reported each month on average (July 2014). Region Security Guarding aims to reduce this and protect the people and businesses of Birmingham. We work our hardest to deliver efficient and reliable security guard solutions to our customers, providing only the most professional guards and experienced officers within the Birmingham area.

We make it our highest possible priority to secure you and your premises, whatever industry your business is in, Region is available in the Birmingham area and across the UK to provide you with the very best security in the industry. Region Security Guarding work with industry regulations to offer competitive pricing to provide our customers with professional security services. Ensuring we are a fully accredited security company in Birmingham is critical to providing the highest quality security available alongside keeping our clients comfortable with our level of security.

We are proud of our reputation as a company and our wide range of security services. If you require security in Birmingham we can offer you short or long term contracts, and you will be dealing with a team of security professionals at all time.

For those interested in securing your premises and protecting yourself against thieves and potential vandals, then contact our Security Company Birmingham today. Region Security Guarding is based near the City of Birmingham but we offer our security services nationwide and we understand businesses requirements when it comes to crime, theft and burglary. We offer security for all types of businesses in Birmingham and will offer you the best advice to protect your property with a unique cost-effective solution.

Security Services We Offer in Birmingham

Security Services We Provide in Birmingham

All our guards are trained, experienced and SIA Licensed.  Our first class security solutions have been helping businesses in Birmingham.

Some Areas We Serve in Birmingham

Our security guards act as a visual deterrent to any potential theft to your property. This, consequently  reduces the amount of thefts and break ins or any other crime. If you choose our security officers in Birmingham, you’ll get professional, first class service for an affordable price. By preventing theft and damage at your business our services will be saving you money in the long term. In addition to this our guards can perform additional duties around your business such as locking up, cleaning, and monitoring CCTV.

Our security guards work across multiple different sectors, from the industrial sector to the retail sector, we have specialist guarding solutions to fit any business. To achieve this we provide bespoke services fit for whatever your security requirements.

What is Birmingham famous for?

Birmingham as one of the biggest cities in the UK has a fabled history with many things to be proud of and many things it is famous for, below listed are a few of the main ones:

Is it safe in Birmingham

Birmingham, being one of the largest cities in the UK, is often times seen as a hub for criminal activity. Whilst it definitely suffers with it’s fair share of crime, Birmingham isn’t nearly as bad as people think. There are certain areas to avoid such as Spring hill and Devonwood Way but as long as you keep your wits about you and proceed in a sensible manner, avoiding any unnecessary risk, then you should be fine. For a more detailed breakdown of crime in Birmingham, check out our article here

Birmingham is by no means poor, with a current restoration project costing over £700 million there is definitely a lot of money in the local economy. With this being said, there are quite a lot of areas of massive deprivation, leading to a lot of people perceiving Birmingham as a low income city.

Is Birmingham expensive to live?

Rent prices in Manchester are 5.61% higher than Birmingham

Groceries prices in Manchester are 3.15% higher than Birmingham

Consumer prices in Manchester are 2.14% higher than Birmingham

As you can see, the difference isn’t too big of a deal but it would cost you around £3,196.97 to maintain the same quality of life that you can have with £3,100 in Birmingham.

We are a local security company serving in Birmingham providing unique services. We are always striving to be the best. To do this we have continuous communication with our clients to ensure our services are meeting and exceeding their needs. So, whether you are a new customer or thinking about changing supplier you are in the right place.

Other security services we offer in Birmingham Looking for a private security company near me?

Region Security Guarding prides itself on providing timely, affordable and professional security services to those across the nation.

So if you are looking for a private security company near you, then you have found the right place. With our range of different security guarding options including manned guarding, mobile patrols and more, we have the options you and your company need to save money and ensure you are protected.

Alternatively, email us at info@regionsecurityguarding.co.uk

Birmingham has long struggled with crime, keeping yourself safe in any city is always going to be an issue but when the city is the second largest in the country, this is only exacerbated…

Since the beginning of the global pandemic, bigger cities have struggled to combat the infamous coronavirus. With their bustling streets and crowded subways, how is it possible…

The History of Birmingham

Birmingham has been a staple of England’s trade for hundreds of years, forming the bull ring, one of the largest commercial hubs in the country. But how did we get to this point? At…

The Future of Birmingham

Birmingham is a technological powerhouse when it comes to cities in the UK, I suppose you have to be when you are the second largest city in Britain. It also helps that it is currently…

Get an Instant Rate for Security Guards in Birmingham 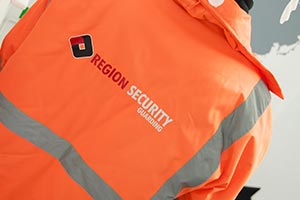 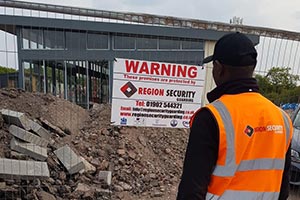 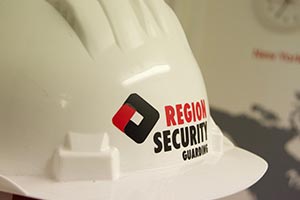 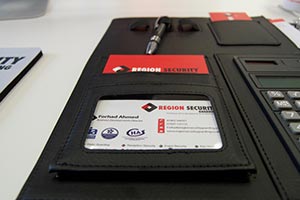