Few countries in the world can say that they have never been the victim of a terror attack – the UK is not one of them. In fact, ever since 2006 the terror threat level has never been below substantial. Learn more about the levels below.

Unfortunately, the UK has never been able to set its terror level ever since the terror threat level began to be recorded. This level simply means that an attack is unlikely.

Again, the UK has never been able to mark its threat level this low. As expected, this means that the chance of a terror attack soon is moderate and whilst a terror attack may happen, it is unlikely.

This is currently the lowest level of terror threat the UK has had. This threat level has not been used since October 2012, however.

Severe is the currently terror threat level in the UK at the time of writing since the 1st of March 2018. It means that a terror threat is ‘highly likely’. This has unchanged since the Manchester Arena bombing in September 2017 and is where government officials state the level shall reside for the ‘foreseeable future’.

A critical terror threat has not been seen since September 2017, which means that an attack is expected imminently. This is sometimes triggered as a response to a terror attack temporarily as well.

These threat levels also come with different response levels that determine how security in the UK is handled. Normal, heightened and exceptional.

The exceptional security level can also make use of the army when appropriate. 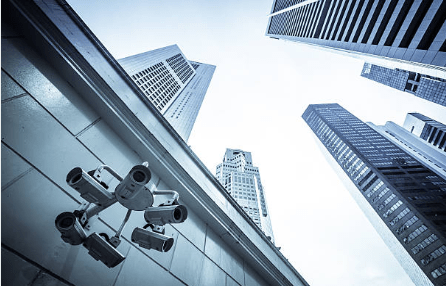 The terror threat level is set by the Joint Terrorism Analysis Centre, or JTAC for short. Their job involves a huge amount of data analysis, aiming to predict and understand how, where and when a terrorist attack may take place.

When working as a security guard, it is very important to know the terrorism threat level and how it can affect your job, because at different threat levels you’ll be expected to preform different roles and functions to make sure all runs smoothly. In the event of a terror attack, your manned security guard will be the first line of defence. The UK government recommends that security guards follow these rules when on the job:

As a security company it is important that your staff are trained to understand what to do in the event of a terror attack, and not keeping your staff up-to-date could lead to disastrous outcomes. Luckily, with Region Security Guarding – we’ll do the security work for you. To learn more about what we can offer to protect your business and clients, visit our website at https://regionsecurityguarding.co.uk.