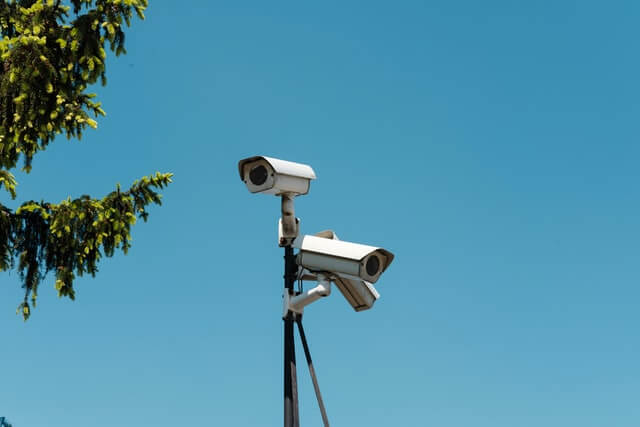 Welcome to our definitive guide to CCTV and everything related to it including tips for businesses, homes, and also the top most popular CCTV cameras!

Did you know experts believe that as many as 67% of burglaries could be prevented if people had CCTV camera systems at home? Did you also know in an average day some people are seen over 300 times on CCTV?

CCTV is a huge part of modern life and the modern world with most businesses deploying surveillance systems. But what exactly is CCTV and how are you able to use it most effectively? Let’s dive right in…

CCTV stands for Closed Circuit Television and is, in essence, a network of cameras and other various surveillance equipment that are directly linked to one another. The reason it is called Close Circuit is due to the nature of how the network works, it is entirely isolated from anything else unlike public television which emits a signal that can be picked up from any receiver. As the signal is isolated it can be used to securely monitor a premise or property without anybody else able to see what is going on.

There is a lot of nuances when it comes to CCTV with things like positioning and lens types making a huge amount of difference to the overall scope of the system. CCTV is typically employed by businesses although some places do actually require it by law such as shopping malls and banks. However, despite it typically being deployed by businesses, a lot of homeowners have started fitting CCTV systems in their homes for peace of mind when they leave the house for whatever reason.

There are 6 things you need to take into consideration when installing CCTV as a business according to the ICO and these are:

Check out ICOs CCTV checklist for advice on data protection. You must have a good reason to be installing CCTV as well as making sure all employees and staff know exactly why you are doing it, so make sure you check out their advice. This is so people aren’t one day taken by surprise to learn that you have been filming them this whole time, which could result in a lawsuit!

You also must stay on top of the footage you record, not keeping it for any longer than is absolutely necessary and implementing a deletion policy after that length of time has passed. Whilst there are several laws that govern how businesses use CCTV cameras, each business is different and has different surveillance needs.

On the other hand, homes are a much simpler affair with similar needs on a home-to-home basis.

For instance, making sure your home is covered by CCTV ideally connected to the internet would be best, this is due to the ease at which you can access the live feed through your laptop or mobile. You should also ensure your cameras are visible on the front of your home, this is so they can act as a visual deterrent.

Using signs to show that you have cameras up is also effective but make sure any cameras you have, aren’t pointed in the direction of the public as you want to only capture what is absolutely necessary. Also, consider having security systems such as video doorbells where you can communicate with the person on the other side, whilst this isn’t strictly CCTV it allows for an extra level of autonomy over your house and who enters it.

So, we have discussed business CCTV, home CCTV and the 9 most popular type of CCTV cameras, now is time for our bonus tip that we implement when we work on professional large-scale sites.

Focus your efforts on video management, retrieval and storage. Whilst this may seem obvious, in case of the worst you need to know exactly how to access your video footage. Do you intend on using cloud storage or hard drives? Do you have enough space? Do you have backups anywhere in case of power outages? Is the footage in an easy to access location to be tampered with?

These are all elements that need to be taken into consideration as often thieves and vandals who do come onto your site will have already taken CCTV into account so being able to access the footage even if they somehow tamper with the system is critical to your security.

We hope our guide to CCTV Security has been helpful! To keep up to date with our articles, have a look through our news page. Or if you wanted to see any more of our videos, take a look at our Youtube Channel.