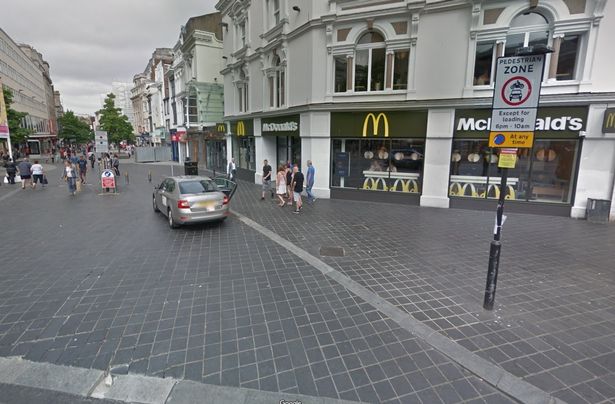 Merseyside Police are looking for a man after CCTV footage has shown him violently attacking a Security Guard after being asked to leave McDonald’s the Liverpool City Centre.

The man was ushered outside of the premises where he then assaulted the Guard, punching him in the face, causing bleeding, police have confirmed.

The assault happened at 3:50am on Friday October 12th. CCTV and witness enquiries have been ongoing and detectives would like to speak to the man pictured.

Detective Inspector Lisa Ryan has stated: “We are keen to speak to this man as soon as possible so if you recognise him, please come forward.”

“Security Guards work hard to ensure that we can all enjoy a safe night out in Liverpool City Centre and elsewhere. To assault anyone, and in this case someone there to protect others, is completely unacceptable and we are determined to identify the person responsible and put them before the courts.”