On July 19, England entered its final stage of the “Lockdown Roadmap” – a term that refers to the set of four steps taken when easing the measures that the country enforced to combat the COVID-19 pandemic.

The first three steps were completed by mid-May and saw non-essential shops, as well as schools, opening up again. Larger groups of people who weren’t from the same household were finally allowed to meet outdoors while bars and restaurants started serving patrons again, albeit still al fresco.

Gatherings and celebrations were also permitted, although the number of attendees was still capped. Many venues also still opted to enforce social distancing and other COVID-19-related measures.

When the Lockdown Roadmap was first announced, the government proposed that the following would be enacted:

So, were any of these successfully introduced? More importantly, is life in England finally back to the pre-pandemic normal?

Before going into all that, though, let’s first take a look at how the government was able to design the Lockdown Roadmap.

A Brief Breakdown of the Lockdown Roadmap

First unveiled in February by Prime Minister Boris Johnson, the Lockdown Roadmap was introduced to the public as a four-step process that would ease England’s strict restrictions. While the proposal was detailed and very thorough, the government was quick to note that all phases were subject to the latest scientific data and would be separated by at least five weeks.

Before moving to the final stage, though, the government subjected the latest data to the following tests:

England reportedly passed these tests with flying colors, and Step Four of the Lockdown Roadmap was successfully enforced on July 19, which was a few days earlier than the initial proposed date of June 21.

What Restrictions Did Step Four Lift?

On July 19, Prime Minister Johnson confirmed that almost all legal restrictions that the country had passed regarding social contact would be removed. This meant that the following changes took place in England:

The lifting of these restrictions certainly makes it seem as if life in England is finally returning to normal. But make no mistake, there are still a few measures that remain in place.

What Restrictions Remain in Place?

For instance, while the legal mandate for face masks has been lifted, Health Secretary Sajid Javid stated that they were still “expected and recommended,” especially in crowded indoor areas and on public transport. Establishments may also still require patrons to wear them before entering.

Additionally, nightclubs and other large gatherings are required to ask people for their vaccination certificate, a negative COVID-19 test, or any other evidence that can prove they have a natural immunity to the virus due to a recent infection. The government isn’t legally requiring this “COVID passport,” but event organizers are still highly recommended to enforce them.

The government has also stated that they “reserve the right” to legally require people to provide COVID-19-related certificates before entering certain venues if future data shows its necessity.

Besides these, people in England will still have to self-isolate if they’ve been contacted by the NHS Test and Trace. This requirement will remain in place until August 16, after which it will be lifted for fully vaccinated adults and individuals under the age of 18. However, both groups will still be legally mandated to quarantine themselves if they test positive for the virus.

What is a COVID marshal?

A COVID marshal, or social distancing security guard, is a security officer that helps the public to stay safe during the coronavirus pandemic. COVID marshals are used in busy places such as on the high street, in shops, and at places of work such as offices. The role has come about in response to the COVID 19 pandemic.

Social distancing security guards are becoming increasingly important as restrictions are eased and businesses such as retailers, events, and leisure facilities start to reopen in the coming months. It’s important to ensure the safety of the public as much as possible and to ease their minds so that they are once again safe when getting back to their normal lives. COVID marshals are a very effective way of ensuring things are as safe as possible for the public at all times. 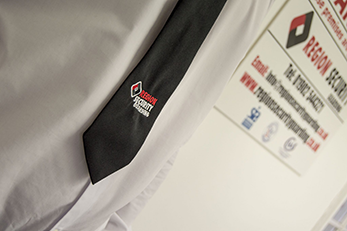 What do social distancing security guards do?

There are many jobs that a COVID marshal or social distancing security officer can carry out in their day to day tasks, but all are focused on creating the safest environment for everyone to be in. Their normal tasks consist of:

COVID marshals are very effective at ensuring the public is following social distancing rules and are spread apart and remaining two meters away from each other to stop the spread of the virus. Marshals can manage queues and people flow, such as those queueing to enter a store when retail opens again, and keep everyone feeling as safe as possible.

COVID marshals can remind the public of the rules that are in place for all of us. They will not demand or accuse members of the public of not following the rules, but they can act as an effective reminder to people that they should be wearing masks at all times when in public spaces if they are able to do so. This will also ensure that other members of the public feel comfortable in whatever environment they are in.

COVID marshals can assist in the cleaning and sanitisation of areas that are frequently touched in public places, for example, door handles and trolley handles. They can do this to aid other staff and workers to keep everyone safe and take some pressure off other staff members.