Located in the North West of England, Lancashire is a historic county with urban centres and a rural landscape. Home to over 1 million, over the past few years, Lancashire has hit the headlines as being a safe place to live by locals responding to a survey, with 87% deeming it a safe environment.

However, other reports have documented that some of the towns within the county’s boundaries have been labeled as one of the most dangerous places to live in the UK, with tales of high crime rates, drugs, and deprivation, suggesting that the area is not as safe as it seems. Let’s take a look at the facts when it comes to Lancashire crime to find out which areas are the most dangerous.

The Lancashire Crime Rate is dependent on the particular area of the county. Statistics show that in 2020, the crime rate was 72 crimes per 1000 people. This crime rate is higher than the national average by around 20%.

In terms of its violent crime rate, the region ranks 11th across England, Wales, and Northern Ireland, with violent crime increasing by around 3.2% in the past year. This raises the question of whether Lancashire is a safe area to live in.

With the crime rate in the area being within the top 20 highest in the country, let’s take a look at the area in a little more detail. The most common crimes in the area were anti-social behaviour, violence and sexual offences, criminal damage and arson and theft. Crime levels overall have stayed at similar levels in the area over the last two years. The crimes that have been getting worse in recent years include anti-social behaviour, drugs and violence and sexual offences. Other crimes such as criminal damage and arson, vehicle crime and shoplifting have reduced in recent years.

The top ten areas of Lancashire where the most crimes are reported are listed below:

Like many other counties, Lancashire’s crime rate tends to be higher in more urban areas where there is a larger population. To investigate this further, we looked more specifically at the towns and cities within Lancashire and investigated the crime rates in these locations.

Nelson is ranked as one of the most dangerous towns in Lancashire due to its crime rate of 96 crimes per 1000 people, with a rate 24% higher than the Lancashire average. The most common crimes in the area were violence and sexual offenses, anti-social behaviour, criminal damage/arson, and theft.

The areas of Nelson where the most crimes are reported are listed below:

Preston ranks in the top 20 most dangerous towns in all of England, Northern Ireland and Wales, with a crime rate of 115 crimes per 1000 people, which is 33% higher than the regional average. The most common crimes in the area were anti-social behaviour, violence and sexual offences, public order offences, criminal damage/arson and other offences.

The areas of Preston where the most crimes are reported are listed below:

The Preston crime rate is lower than other cities such as Liverpool, Bradford and Leeds but higher than Sheffield, Birmingham and Coventry. The town centre has a crime rate double that of surrounding areas, which may be due to the abundance of restaurants, bars and businesses in the centre, compared to the most residential settings in the suburbs. This is good news for those looking to move to the area but not in the centre of town.

Blackpool has the highest crime rate out of all of Lancashire and therefore, is often cited as the most dangerous place in the region. It has around 146 crimes per 1000 people, with a rate 47% higher than the Lancashire average. The most common crimes in the area were anti-social behaviour, violence and sexual offences, criminal damage/arson and theft.

The areas of Blackpool where the most crimes are reported are listed below:

The Blackpool crime rate is higher than many other cities in the UK such as Liverpool, Bradford and Birmingham, but lower than Leeds. Over the years, the crime rate increased slightly from 118 in 2016, to 146 in 2021.

Burnley is one of the areas in Lancashire that is seen to be the most dangerous – in fact, it is in the top five most dangerous cities, towns, and villages in the county. The area has a large 118 crimes per 1000 people, with a rate 35% higher than the regional average. The most common crimes in the area were violence and sexual offenses, anti-social behaviour, criminal damage, and arson.

The areas of Burnley where the most crimes are reported are listed below:

The crime rate in Burnley has steadily increased over the years, meaning that the area is becoming more dangerous over time. In 2016, the crime rate was under 100 crimes per 1000 people, whereas in 2021 this has increased to 118. Compared to major towns in the area, Burney is safer than Blackpool but has a higher crime rate than Blackburn and Preston.

Blackburn is relatively safe compared to other major towns in Lancashire. Its crime rate is around 98 crimes per 1000 people, with a rate 22% higher than the Gloucestershire average as this takes into account smaller towns and villages. The most common crimes in the area were violence and sexual offences, anti-social behaviour and criminal damage/arson. Over the past year, the crime rates for each individual type of crime have been getting worse apart from bicycle theft.

The areas of Blackburn where the most crimes are reported are listed below:

The table above shows that in Blackburn there is a disparity in crime rates based on location, with the number of crimes in Central Blackburn being at least double of the rest of the town. This may be due to the number of businesses, pubs and restaurants in the centre of town.

Where Is The Safest Place To Live In Lancashire?

When considering which area is the safest to live in, it is important to look at the lowest crime levels in the area. This is because it is in these areas where a person is least likely to be a victim of crime, and therefore, is more likely to feel safe and secure.

The areas of Lancashire where the least crimes are reported are listed below:

The areas listed in the table above are between 107 and 4782% safer than the average Lancashire crime rate, making them the safest areas in the region. It is important to note, however, that just because some of the areas on our list have a higher crime rate, they are still lower than other major cities throughout the U.K.

Is Lancashire A Safe Place To Live?

Lancashire is ranked within the top 20 most dangerous counties within England Wales and Northern Ireland. However, it is important to recognise that its most common crime is antisocial behaviour, rather than crimes that are violent against others like other regions have. Lancashire sprawls over 3000 square kilometers, meaning that the crime rate can differ depending on the area within the county, so it is important not to judge the region as a whole. When it comes to the people that live in Lancashire, 87% of residents felt safe living there which is high praise indeed.

Where Is The Nicest Place To Live In Lancashire?

This is up to personal preference, whether you prefer an urban city location, or a countryside rural village, Lancashire has it all. Local media outlet Lancashire Live lists one of the best areas as Waddington, which is praised for its amazing scenery, picturesque yet bustling high street, and great schools for children. Perhaps you may consider the nicest place to live as being the one with the lowest crime rate, in which case, according to our data, you should look to live in Padiham, Aughton, or Longton. It is important to consider, however, that these areas are likely to have higher property prices due to their low crime rate. Additionally, if you are looking for a more urban home, you may need to expect a higher crime rate. With its buzzing night scene and youthful atmosphere, Liverpool is definitely the place to be for students. But is the city really that safe? Is Liverpool Safe for Students? There are more than... 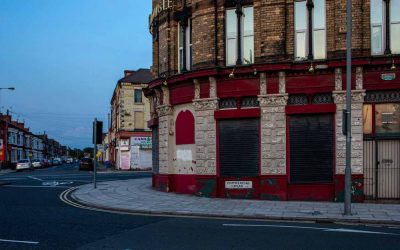 Manchester is lnown widely as the capital of the north, this bustling city is home to around half a million people with the greater population of the metropolitan area reaching around 2.8 million....