Why Is Crime So High In Sunderland?
0 Comments Over the centuries, the Sunderland area was home to a wide range of industries consisting of potteries, limestone quarrying, coal mining, and shipbuilding. A large population of the district was shipbuilders, as the city is divided by the River Wear. Sunderland was one of the country’s chief shipbuilding towns and due to this, the city was hailed as the “Largest Shipbuilding Town in the World”.

The region is also well known for its history of glass-making, which dates back to over 1500 years. Although, competition from overseas forced the closure of the town’s glass-making factories. Years later, in 1998, the National Glass Centre was opened which is a famous tourist attraction that reflects Sunderland’s distinguished glass history.

According to CrimeRate, Sunderland is considered to be one of the most dangerous areas within Tyne and Wear. Last year, Sunderland had an overall crime rate of 108 crimes for every 1000 people. While some of the most common crimes within Sunderland were sexual offenses and violent crimes.

Although the crime rates in Sunderland are increasing at the moment, many of the people who live there feel quite safe in the area. According to Numebo, 84% of people in Sunderland feel safe walking alone during the day while at least 59% of people feel safe being alone at night. 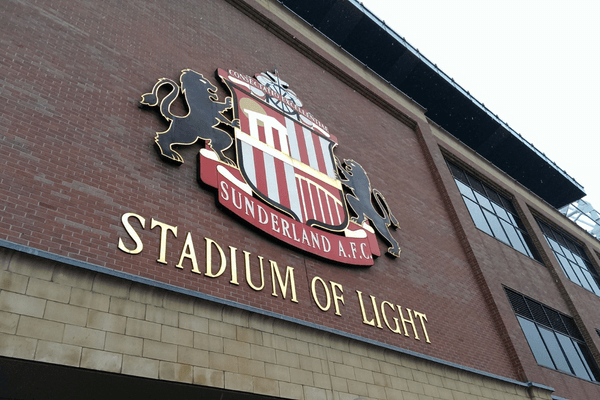 What Are Sunderland’s Crime Statistics?

Unbelievably, over 10,000 violent crimes were reported in Sunderland between July 2019 and July 2020, equalling 28% of all crimes committed within the city. In addition, violent crime is at 140% compared to the national crime rate, which is far above average. However, this unfortunately isn’t the only offence that commonly occurs in the area; criminal damage and arson is at an astonishing 222% compared to the national average, resulting in Sunderland ranking as the worst region out of 104 areas in England and Wales combined. Shoplifting is at 180% and the area ranks third for this offence.

Despite these incredibly scary statistics, antisocial behaviour appears to be the fastest growing crime and has increased by 14.3% over the last year. An estimated 110 crimes are reported per 1000 people in the North East of England, which consists of Sunderland; this is the highest crime percentage in the UK.

Why Is Crime So High In Sunderland?

Crime has surged expeditiously throughout the district. A member of Sunderland City Council has labeled the reports as “disturbing” and has raised concerns about these consistent rises. All crime categories have unfortunately surged within Sunderland, with theories suggesting it is caused by the lack of support police receive. Since 2010, police numbers have decreased by around 20,000 throughout the UK.

Others believe the cause of Sunderland’s crime catastrophe is related to peer pressure, poverty, and an increased availability of guns, knives, alcohol, and illegal substances. 22.6% of Sunderland’s adolescent population live in low-income families and substance misuse is often linked with violent crimes, muggings, and robberies; three of Sunderland’s biggest criminal dilemmas. What Has The News Reported Regarding Crime In Sunderland?

Recently, police launched an investigation regarding the dreadful death of Andrew Mather, who was discovered at a home on Aintree Road, Farringdon, on Wednesday the 3rd of June. Thankfully, the police were able to locate his killer and Wayne Miller, 32, has since been charged with murder, and remains in custody.

Earlier, reports on the malicious murder of 55-year-old Sean Mason were highlighted. Officers were made aware of his injuries and he was taken to hospital but sadly died as a result of his wounds.

How Effective Are The Northumbria Police?

Phil Gormley, who inspected the police force, explained that he has concerns about the performance of Northumbria Police’s ability at reducing crime, and in particular, its effectiveness at protecting vulnerable people. As well, he also indicated that the force needs to improve its method of preventing crime and anti-social behaviour through better engagement with its communities and a more consistent, structured approach to solving neighbourhood problems.

The Northumbria Police are under a huge strain and with crime rates at risk, keeping yourself safe is vital. Security for your business should be at the top of your priority list, so why don’t you consider hiring our security guards? Region Security Guarding can meet your requirements; we are an experienced Sunderland security company that recruits the most reliable and professional Sunderland security guards, ensuring you and your employees are secure. Protecting your business is our business.

Newcastle is another city in the North East with a high crime rate. To find out what Newcastle crime is really like read our other article. Or head over to our news page so that you can keep up to date with all the North East news. Cleveland, Durham, and Northumbria are three counties within the North East of England. They are also all within the top 10 most dangerous places to live in England and Wales according to The Home...